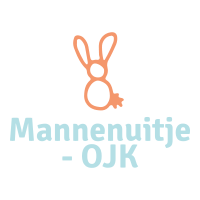 After three years of saving, the time has finally come. Every month € 50, – which results in € 1800, – per person. This is more than enough for the flight and five nights of accommodation. And then there is still enough left for other things. Saving for three years also means three years of fun. Every birthday and other times when we are together, we talk and fantasize about our guys weekend to Las Vegas. And then…. April 25, 2018, the time has finally come. Vegas here we come!

The trip has been booked as a total package at World Ticket Center. The flights and five nights at the MGM hotel cost us a total of € 1000 per person. Unfortunately, there were no direct flights yet, so we had a transfer on both flights. In the MGM we had 3 times a 4-person room and 1 time a 2-person room. We used the remaining money to book a helicopter flight over the Grand Canyon, entrance tickets for the Marquee nightclub at the Cosmopolitan Hotel and a VIP cabana at a Wet Republic pool party. This is one of the most famous pool parties in Las Vegas and it is hosted at the MGM hotel. Nice and close by.

When and how long

Where did we book

From our 3 years of savings, we were able to book the next activities:

Most evenings we just ate in the hotel. There are several restaurants in the hotel. We went to Old Town of Las Vegas for 1 night and had dinner at Heart Attack Grill. The name says a lot, they serve 2, 3, 4 and 5 double burgers. The very nice, but strict, waitresses walk around with whips and are not afraid to use them at people who can’t finish their burger. This old town center has many more bars and restaurants that looked really nice.

Las Vegas is of course also the Walhalla of night clubs. Every hotel has a nightclub. We have been to two of these nightclubs ourselves:

– Hakasan at the MGM Hotel. Tiësto has his own party’s here and we went there with a part of the group. Nice big club, good show. Highly recommended. However, chaos with getting in.

– Marquee at Cosmopolitan Hotel. Don Diablo has a regular evening here. The night we were there was the day DJ Avicii passed away. Don Diablo turned it into a great tribute evening with a fantastic laser show.

Coyote Ugly at hotel New York New York. Well known from the movie, nice to see, but if you don’t have much time, I would skip this one.

Wet Republic Pool Party. This is one of the most famous pool parties in Las Vegas and is at the MGM hotel. And you should definitely go there if you have the possibility. A big party in the sun and in the pool. Can’t get better. It starts at 11 a.m. and ends at 6 p.m. We booked a VIP cabana which on it’s own is affordable. You just have to be careful not to order too many bottles of Bacardi (€ 550, -) each, because then the bill can rise rapidly.

We also just strolled along the strip a number of times. Each hotel is a new village with a different theme and nice clubs, bars and restaurants. And while strolling you have to visit the Fountains of the Bellagio hotel.

Gamble. Oh yes, of course we also took a gamble. We stayed in MGM so we gambled there a lot, but for gambling it’s one of the less nicer casinos. In Cosmopolitan and New York New York, for example, it all looks a bit nicer and more professional.

And last, but DEFINITELY not least. The roller coaster in hotel New York New York. If you get the chance to be there with your group of friends all at once, then you should absolutely do it.